Following an Ethiopian Airlines crash on Sunday, March 10th, 2019 that claimed the lives of 157 people, American pilots have raised concerns about the perceived safety problems with the Boeing 737 Max 8. The March 10 crash was the second deadly crash in only a matter of months. A crash in Indonesia this past October claimed the lives of 189 people.

Many pilots repeatedly voiced their concerns with the Boeing 737 8 Max to federal authorities well before the second crash, with one captain claiming the flight manual was “inadequate and almost criminally insufficient”.

The reports come from a federal database that allows pilots to voluntarily report any aviation incidents without threat of punishment. Many of the disclosures report issues with the Boeing model’s autopilot system mainly during ascent after takeoff. These reports noted the plane suddenly nosing down, forcing pilots to turn off autopilot and manually correct the plane.

Flight data recovered from the Indonesia crash showed that the pilots attempted to get the plane’s nose up prior to impact. Officials from Boeing released a statement following this accident warning pilots of erroneous data being put into the MCAS (Maneuvering Characteristics Augmentation System) could make the aircraft think it was stalled out. 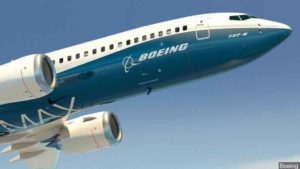 Boeing released a statement on March 11 claiming that no grounding is necessary. Yet, following this second fatal accident involving a Boeing 737 Max 8 Jetliner, the European Union, United Kingdom, Australia, China, Ethiopia, Indonesia and Malaysia have all grounded the aircraft over these concerns. President Trump has also announced an emergency order from the Federal Aviation Administration grounding Boeing 737 Max jets.

Accusations have arisen stating that Boeing and federal authorities continue to allow pilots to fly these aircrafts without giving them the appropriate training or fully explaining how the systems for this model differ from their previous 737s, presenting a massive safety liability for all on board.

With nearly 400 of the airliners sold and orders for thousands more, Boeing and the FAA have the safety of millions on their mind and intend on investigating the matter further and feel that grounding their planes is not necessary at the moment. Popular airlines in American and Southwest both operate Max 8’s, owning 24 and 34 respectively.

If you or a loved one do find yourself involved in a plane accident like the two mentioned, compensation and legal action should be taken. At the Law Offices of Brent A. Duque, we want travelers to know that they have the right to file for damages in the event of an injury or death.

Our team of personal injury attorneys are highly professional, knowledgeable, aggressive and successful in representing injured people all across Southern California. Time limitations apply to any personal injury claim you might have, so it is best for you to contact us immediately at 1-877-241-9554 after an accident to learn about your legal options. A free consultation is just a phone call away.