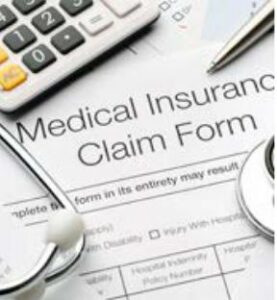 Several years ago, as a young associate at a defense firm, I was charged with the task of finding a way to make $1,000,000 in medical specials go away. Our firm at the time was representing a small business and the plaintiff was grievously injured. He spent months in the hospital and his injuries were many. Tragically, after he was on the road to recovery, he was found dead by motel staff and was later determined to have overdosed on common street drugs, which necessarily put a huge dent in the recoverable damages that existed before his demise. After the dust settled from the news of the untimely death, I was approached by the assigned partner who asked if we could use the brand-new decision of Howell v. Hamilton Meats & Provisions, Inc. to eliminate plaintiff’s damages in their entirety. The thinking at the time was, plaintiff had no future medical expenses, no non-economic damages for us to contend with, and the only thing standing between our firm and a happy client was a $1,000,000 hospital lien. And so, the research began.

The prevailing logic at the time was that under Howell v. Hamilton Meats & Provisions, Inc., (2011) 52 Cal.4th 541, 566–67, “an injured plaintiff whose medical expenses are paid through private insurance may recover as economic damages no more than the amounts paid by the plaintiff or his or her insurer for the medical services received or still owing at the time of trial.” Therefore, if the bills were paid and not “owing” at the time of trial, plaintiff would have nothing to present. Ultimately, the carrier in our case ordered that the firm negotiate directly with the lienholder and thereafter bought $1,000,000 in medical bills for approximately $300,000.

Throughout the process however, we provided the carrier with carefully drafted research memoranda that specifically cautioned against the memoranda. In those documents, we specifically outlined the matter of Sanchez v. Strickland, (2011) 200 Cal.App.4th 758, 769 and Arrambula v. Wells, (1999) 72 Cal.App.4th 1006, 1014. Our conclusion was that when taken in conjunction with Howell and its progeny, those who buy up liens face a very realistic probability that they will owe plaintiff the full value of the medical damages, regardless of however much was paid to buy the lien.

The central issue in Howell dealt with whether an injured plaintiff could recover the “contractually negotiated price differential” as a measure of damages, above and beyond what his or her health insurance provider paid for the services rendered. Ultimately, the Court concluded that if the plaintiff (by and through their health insurance provider) negotiates a discount and thereby receives services for less than might reasonably be charged, the plaintiff has not suffered a pecuniary loss or other detriment in the greater amount and therefore cannot recover damages for that amount.

In today’s post-Howell world, we have seen defense attorneys, insurance providers and their agents try to purposefully manipulate and arguably bastardize the letter and spirit of Howell by contacting plaintiffs’ medical providers and offering them cash in exchange for zeroing out their accounts. Lien medical providers are tantalized by the ability to obtain capital in the short term as opposed to waiting out the resolution of the injury claim and collecting after settlement or verdict. Attorneys from San Diego to Eureka and everywhere in between can attest to the fact that insurance carriers are purposefully low-balling injury claims and refusing to offer reasonable settlements due in large part to the inability of plaintiffs to have their claim(s) heard before a jury. The standard game of deny and delay has reached an apex of epic proportions, all to the serious financial detriment of medical practitioners who have the goodwilled nature to provide services to injured humans without any upfront cost to the injured party. As we know, such providers delay the collection of their bill for the benefit of their patient, and yet, their overhead expenses continue in earnest. As court shutdowns and trial continuances abound, the accounts receivable for these providers continue to grow while the capital received has all but come to a halt. It is no secret that these providers are hurting, and insurance carriers know it.

Given the new landscape upon which our civil justice system now sits, insurance providers are finding that medical providers are more willing than ever to sell their liens for pennies on the dollar to stop the bleeding and obtain the required capital to simply meet overhead demands and keep their doors open. The result? Carriers are now sending snarky letters to your practice wherein they claim that plaintiff’s medical bills have been paid, and as such, there are no recoverable damages. There are no numbers to blackboard at trial, nothing to “anchor” a general damages claim to, and frankly nothing left to fight over. Based on this misguided perception of reality, the carriers then throw out some insultingly low offer, and try to scare attorneys into accepting whatever pittance they deem appropriate based entirely on the notion that plaintiff’s past medical damages are now zero.

There is a hugely important distinction in the rationale that is missed by the culprits identified above. In Howell, the Court found that it was entirely essential and in fact integral to the holding that the payment agreements between plaintiff (and/or the insurance carrier) and the medical provider, “were in place when plaintiff sought medical care from the providers.” That privity of contract led the Court to find that the plaintiff’s “prospective liability was limited to the amounts [the insurance carrier] had agreed to pay the providers for the services they were to render.” As a result, the Court ruled that, “plaintiff cannot meaningfully be said ever to have incurred the full charges.”

Today, in cases where defendants come in at the 11th hour and try to buy out bills, it is impossible to show that any agreement was in place when plaintiff sought medical care from the providers. Indeed, the Court in Howell specifically notes that “where a plaintiff has incurred liability for the billed cost of services and the provider later ‘writes off’ part of the bill…one might argue that the amount of the write-off constitutes a gratuitous benefit the plaintiff is entitled to recover under the collateral source rule.”

Howell was decided in August of 2011. Just three months later, in November of that same year, the Fifth District of the California Court of Appeal heard the matter of Sanchez v. Strickland and significantly clarified the issue at hand. This case is directly on-point and must be cited to any defense attorneys, carriers or agents who attempt to buy up medical liens in seeking to eliminate exposure for the same at trial. There, the Court held, “where a medical provider has (1) rendered medical services to a plaintiff, (2) issued a bill for those services, and (3) subsequently written off a portion of the bill gratuitously, the amount written off constitutes a benefit that may be recovered by the plaintiff under the collateral source rule.” Sanchez v. Strickland, (2011) 200 Cal.App.4th 758, 769.

The holding in Sanchez seemed to extend the rule of law that was previously established in Arrambula v. Wells, (1999) 72 Cal.App.4th 1006, 1014. In Arrambula, plaintiff suffered injury and was not able to return to work for a period of time as a result. Mr. Arrambula however was employed by a company in which his brother had a 75% ownership stake and the other owners were comprised of himself and his parents. Despite his inability to perform his duties, the company still paid him the entirety of his wages and benefits that normally would have accrued had he actually been working. Defense in that case sought to exclude any and all arguments regarding a loss of earnings claim since in practicality, plaintiff had not actually lost any wages. The Court of Appeal reversed the trial court, finding that while the loss itself was not actually incurred, there was a compelling underlying public policy that favored the recoverability of charitable giving. Despite the fact that the loss in question was not accrued, it was found to be recoverable in its entire–ty. Taken to its natural conclusion, the holding of Arrambula flowed forth into the Sanchez decision and supported the Court’s finding that the billing that was not actually incurred by the plaintiff was nevertheless recoverable.

Defense counsel will argue that the bill was not written off gratuitously, and that the acts of the medical provider do not qualify as an act of charitable giving as discussed in Arrambula v. Wells, supra. Nevertheless, the fact remains that the only contract that existed before the defense’s interference as it related to the plaintiff and his/her medical provider was a lien agreement, which undoubtedly obligates plaintiff to a financial duty to satisfy the entirety of the medical bill at issue. With that underlying foundation, what other legal justification or argument can exist for the write-off issued by the medical provider in exchange for the fractional payment by defendant? If there is no underlying, pre-existing contractual obligation to make such a write-off, the only logical conclusion is that the write-off was made gratuitously to plaintiff and as such, the entire balance (assuming the charges can be established as reasonable) are recoverable as a measure of damages.

So, when the carriers come calling with low-ball offers because your client’s medical damages have been eliminated by way of a discount payment, tell them to first go read Rest.2d Torts, § 911, com. h, pp. 476-477, then Howell, then Arrambula, and finally Sanchez. When they return from assignment, tell them to pay your 998 for the full value of the claim.

In light of the foregoing authorities and hours of briefing and arguments, our carrier back in 2012 started to get incredibly concerned about the ground upon which their $300,000 purchase stood. At the end of the day, they folded and they paid every single cent of the past medical expenses that were owed—to plaintiff’s counsel. So rather than being faced with a $1,000,000 bill for the medical expenses incurred, they ended up paying $1,300,000.00 and likely learned a very valuable lesson—the collateral source rule is very much alive in California and it is easier to just play by the rules rather than try to get cute at the expense of justice. 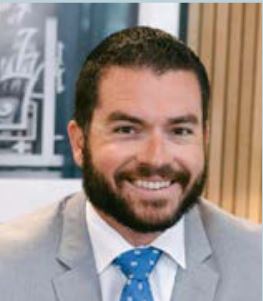